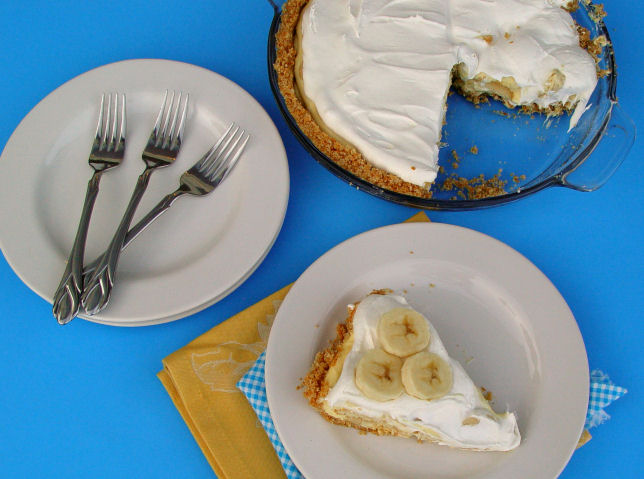 0Shares
0 0 0 0
TweetPocket
Thanksgiving Feast week continues with a dreamy recipe for
Banana Pudding Pie.
This pretty little number comes together in less than 30 minutes, and has a flavor you won’t soon forget!
A Nilla Wafer crust is topped with bananas, thick and rich pudding, Nilla wafers, more pudding, more bananas and cool whip.
It’s a tasty way to bring your Thanksgiving meal to a finish.

I made this pie a couple of weeks ago when I was testing pie recipes for this weeks Thanksgiving Feast theme. When I called for my family members to come along and taste it a few of them claimed they “….have never really cared for cream pies and especially banana cream pie…thank you very much.”

Wow. Tough crowd, I thought!
I convinced them to at least take a bite or two.

Let it be known they were forced to eat their words, right after they scarfed up every last crumb of this pie….eyes rolling back in their heads….swooning and swaying over the tasty concoction.
Love it when that happens.

This Banana Pudding Pie is and terrific.
I hope you enjoy it! 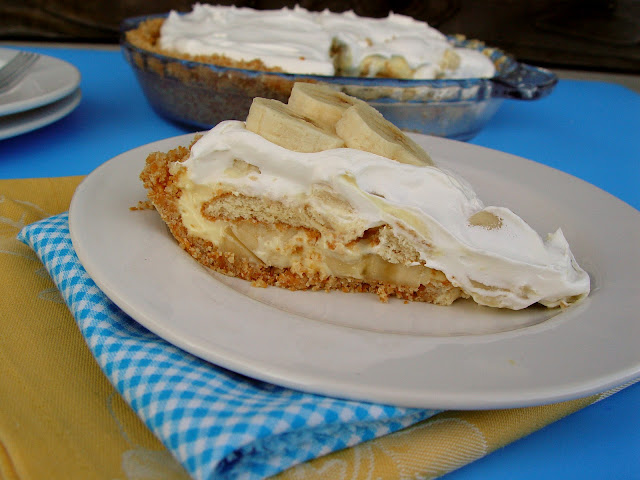 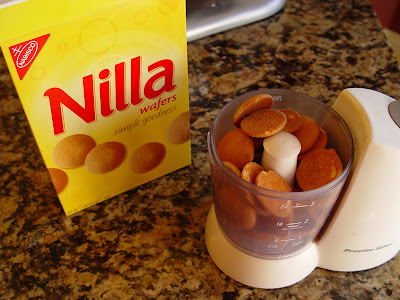 3. In a small food processor grind some of the Nilla wafers. You need 2 cups of crumbs for the crust. 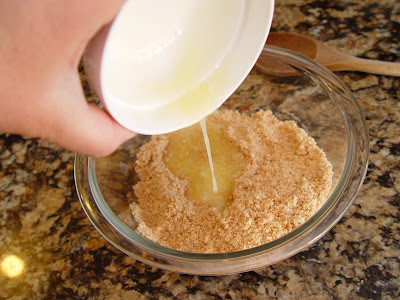 4. Pour the crumbs, sugar, butter and salt into a small bowl. Mix all ingredients together with a wooden spoon. 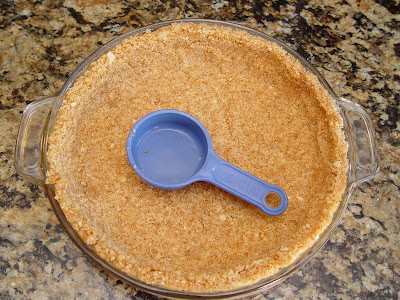 5. Press the crust into a 9 inch deep dish pie plate. Use a small measuring cup to press the crumbs in place. 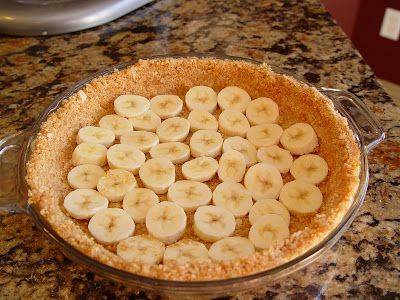 6. Slice your bananas and lay half of them in a single layer along the crust. 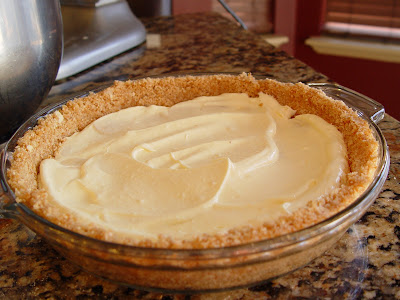 7. Cover the bananas with half of the pudding mixture. 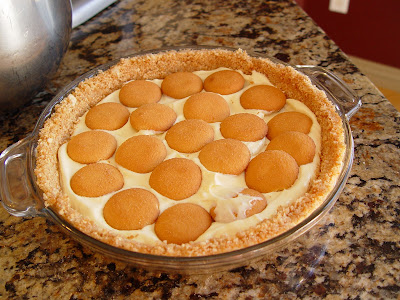 8. Layer Nilla Wafers in a single layer over the top of the pudding. 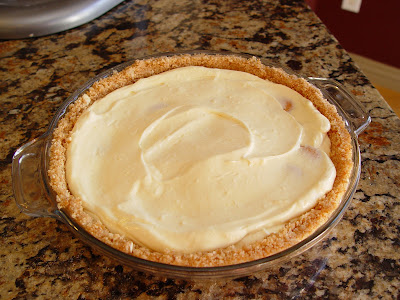 8. Cover the Nilla Wafers with the rest of the pudding.
9. Cover the pudding with the rest of the bananas, laying them out flat in a single layer. (I swear I took a picture of the final banana layer…but I think someone must have snuck into my house and stolen it from my computer. Nasty trick, don’t you think! Please don’t be fooled by the lack of picture…remember the final banana layer, okie doke?) 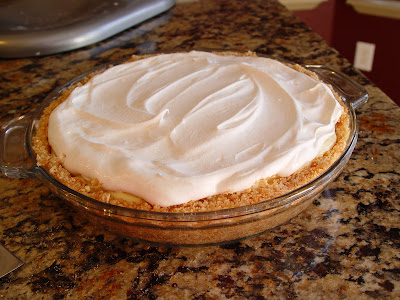 10. Top the pie with the rest of the cool whip.
11. Cover and refrigerate for at least 1 hour. This pie is best served within 24 hours of making.
Enjoy! 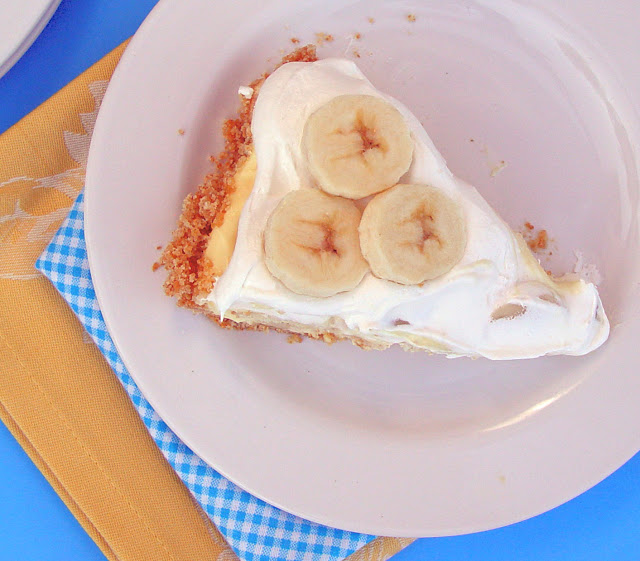