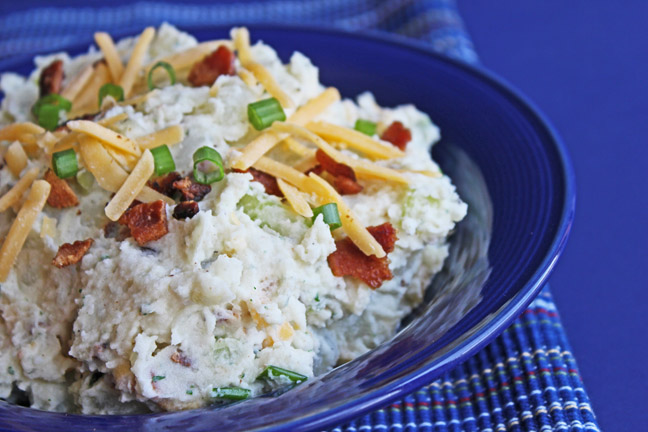 Potato Salad Season is in full swing, ladies and gentlemen!  It’s also the season for swimming in a stream, eating a popsicle on the porch and seeing a few fireworks now and then. You’ve got to love it, don’t you? Love it to pieces. Summer living seems to be one party after  another, and we are drinking it all in with gusto around here. I have a sunburned nose to prove it. 🙂

I made this Bacon, Cheddar and Ranch Salad last weekend to take to a backyard BBQ with some friends. I wanted something a little bit different than the traditional potato salad and opted to go with a Loaded Baked Potato theme, which is just what this salad tastes like. A bacon, cheddar and green onion loaded baked potato. Only I didn’t bake the potatoes. (Just FYI, as you will shortly see if you choose to scroll down a bit farther). It is loaded with flavor and was a hit at the party. 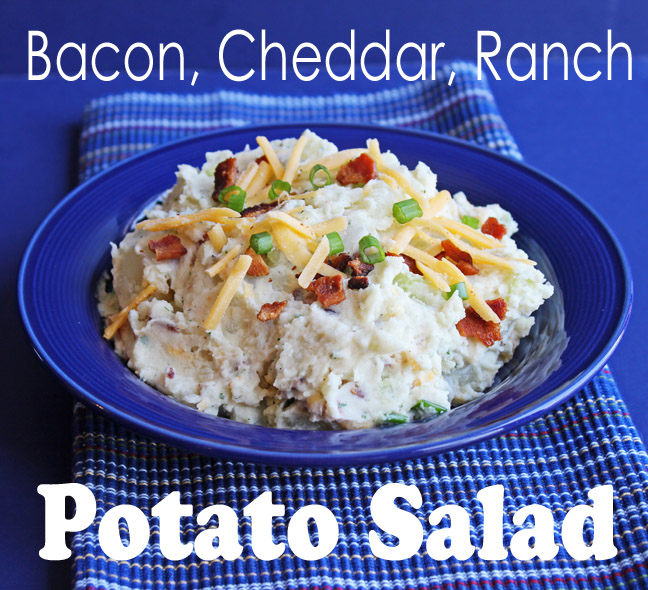 Time: 45 minutes + 1 hour to chill in the fridge
Yield: 15 servings
Recipe from Jamie Cooks It Up!

***NOTE: This salad is best served between 1-3 hours after it is made. After that the potatoes tend to soak up a lot of flavor and the bacon looses it’s crispiness.*** 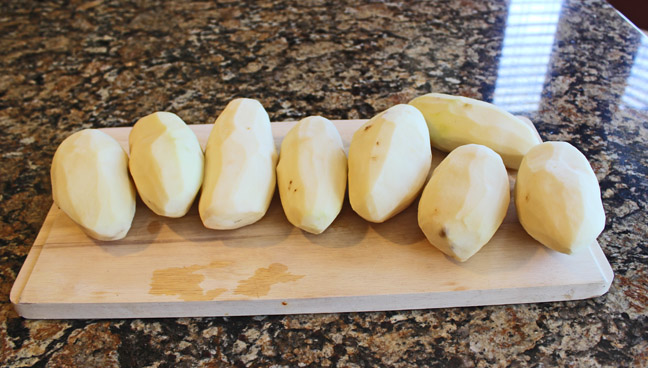 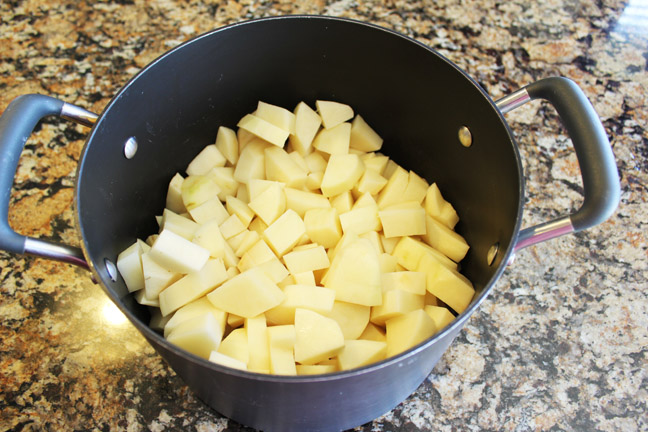 2. Chop them up into pieces that are relatively similar and toss them into a large pot. Run cold water over the potatoes and then drain the water off. Fill the pot with hot water and set it on the stove top. 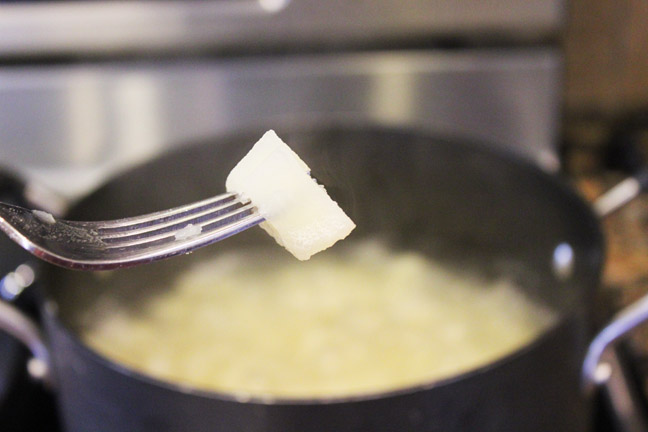 3. Bring the water to a boil over high heat. When you have a nice rolling boil, lower the temperature to medium high and cook the potatoes until they are fork tender.
4. Cook the bacon, either on the stove top or in your oven. 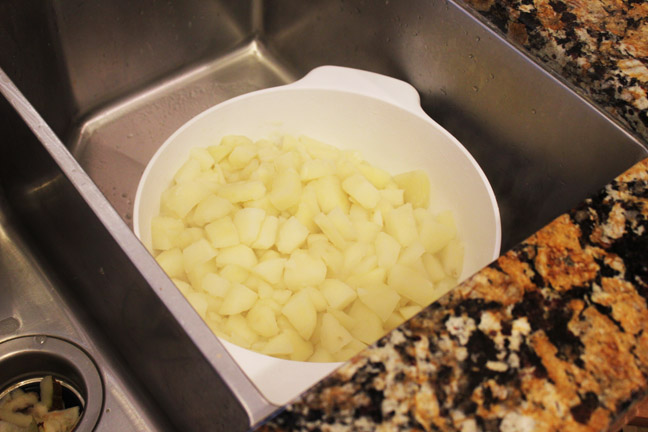 5. Dump the potatoes and hot water into a colander you have placed in your sink. Run cold water over the top to cool the potatoes down, then pour them into a large mixing bowl. 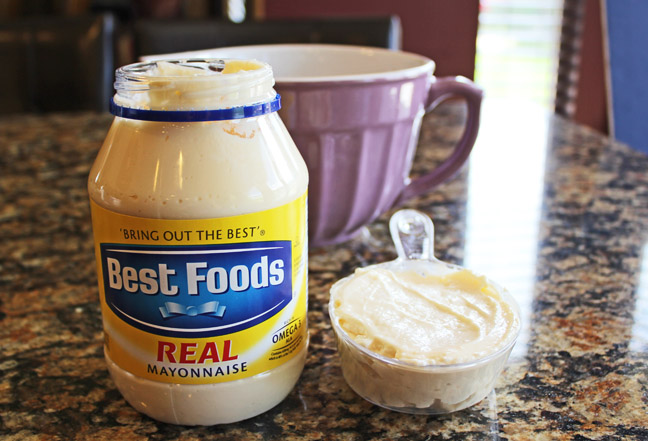 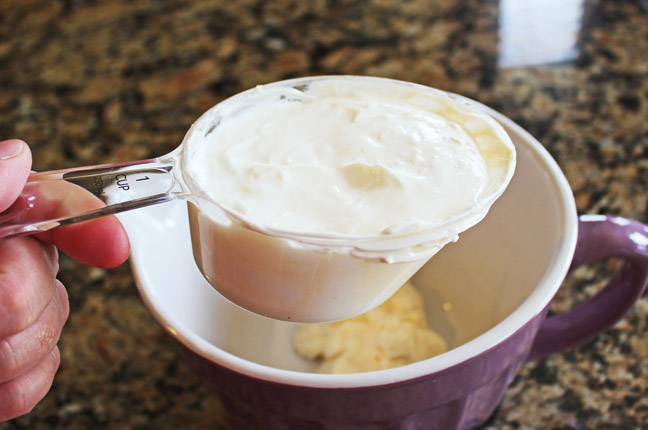 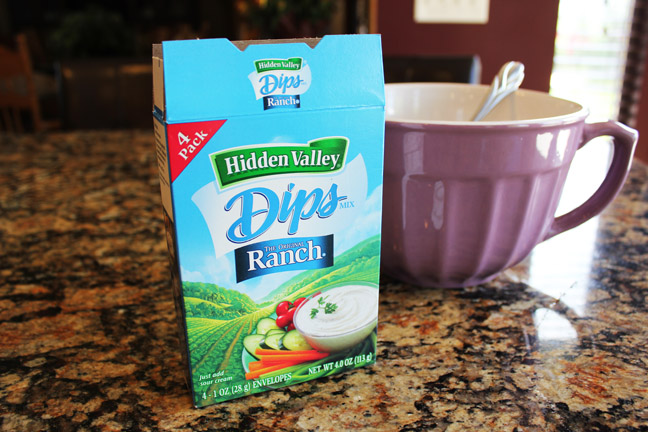 and 2 packages Hidden Valley Ranch Dip Mix. Stir everything around to combine well. 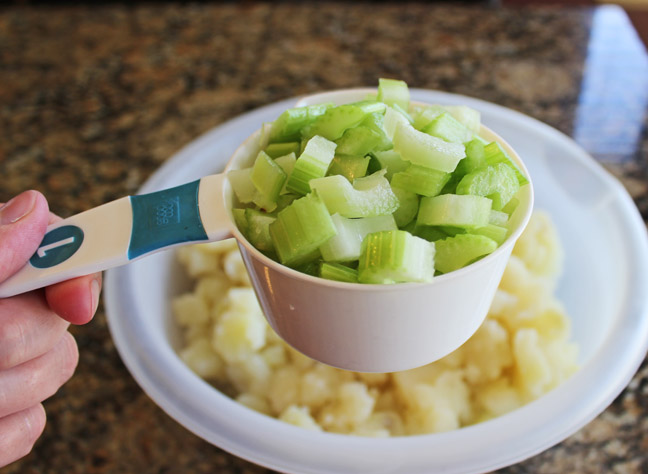 7. Wash and chop about 1 cup of celery. Add it to the potatoes. 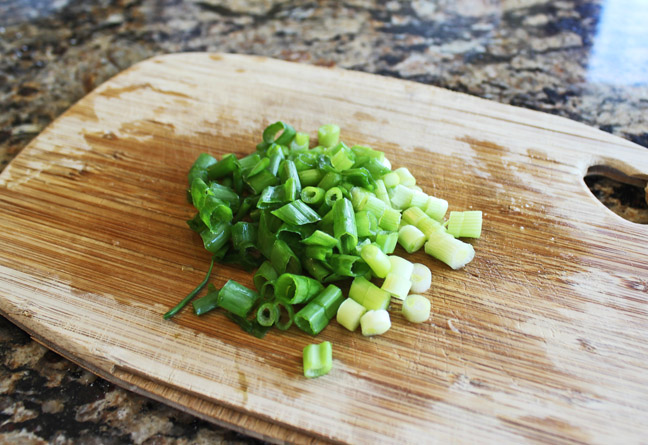 8. Chop up a little more than 1/4 cup of green onions. Add 1/4 to the potatoes and reserve some to sprinkle on top. 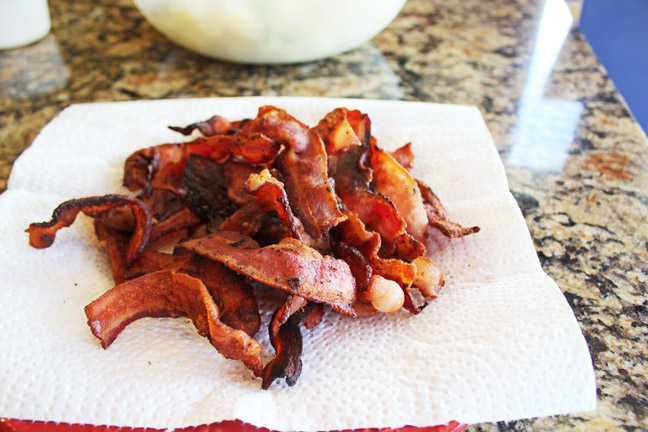 9. Take your nice crisp bacon and crumble it up into small pieces. Save a handful to sprinkle on the top of the salad before you serve. 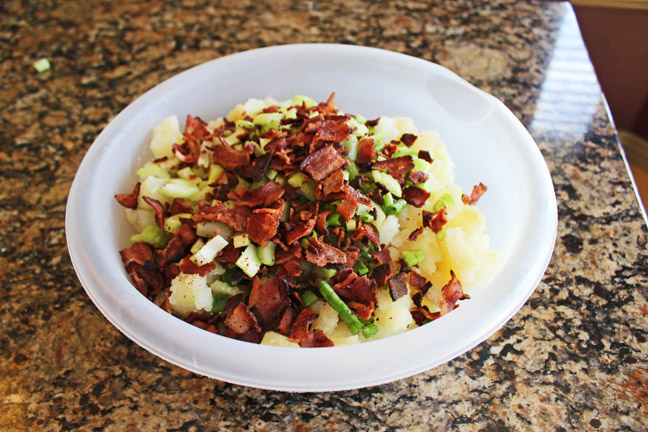 Put the rest of the bacon along with 1 cup shredded cheddar cheese into the mixing bowl.
10. Pour the Ranch/Mayo mixture over the top and stir it all in, making sure everything is well coated. Cover and refrigerate for 1 hour.
11. Just before serving add a few chopped green onions, a bit of bacon and a little cheddar cheese over the top. 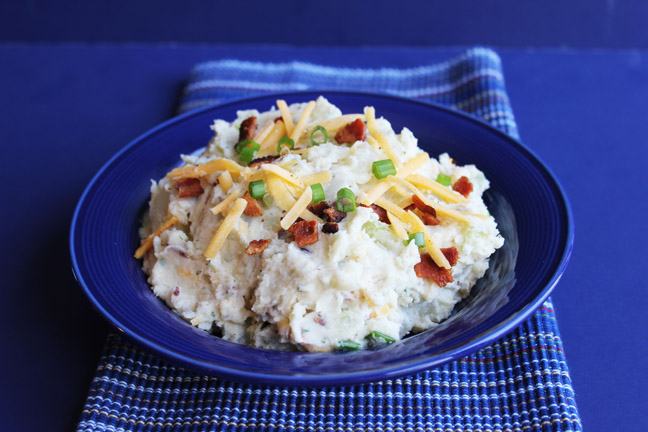