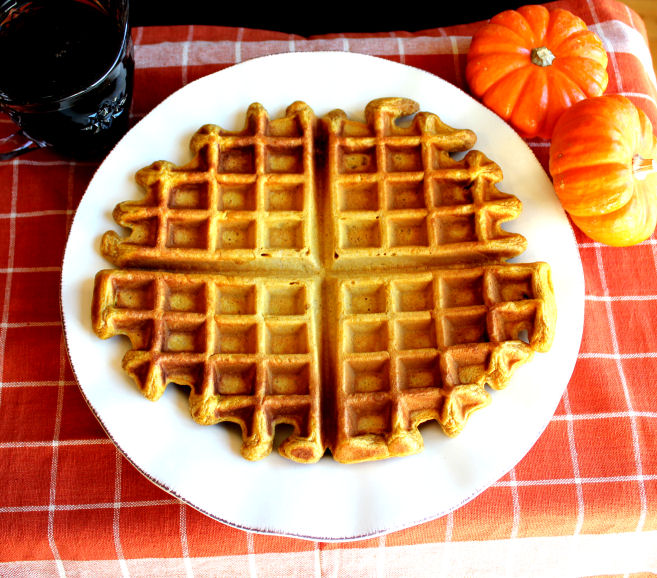 Just a few days ago, on Saturday morning my daughter Emily sat up to the kitchen counter and asked if I was making waffles.

Yes, indeed I am…is what I told her.

“What kind?” she wondered.

When I mentioned they were Pumpkin Waffles, she let out a big sigh and said…”Can I tell you something? The one thing I don’t really like about October and November is that you are ALWAYS cooking with pumpkin and well, pumpkin is just not my favorite taste is all. That’s it Mom. That’s what I have to say about pumpkin. No offense, right?”

None was taken. I can accept a persons true opinion (now and then) and am willing to admit I have a slight pumpkin obsession. I know some of you are right there with me. (Melt In Your Mouth Soft Frosted Pumpkin Cookies here we come, baby).

Emily agreed to give the Pumpkin Waffles a try…and these were the words she uttered after she ate one.

“That’s the best pumpkin thing you have made all year! May I have another…”

I smiled a bit at this small victory, then sat down and wrote this post for you.

Let’s make them, man. You, me and that can of pumpkin you have waiting on your pantry shelf. 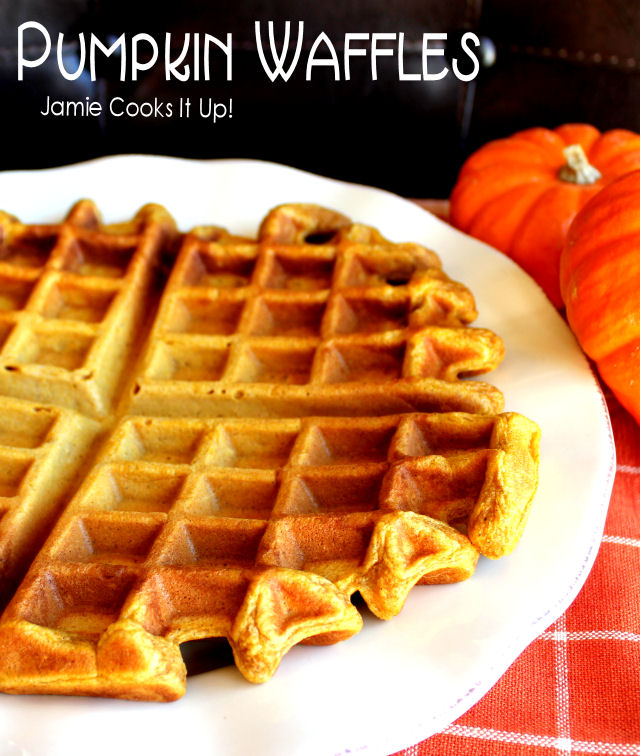 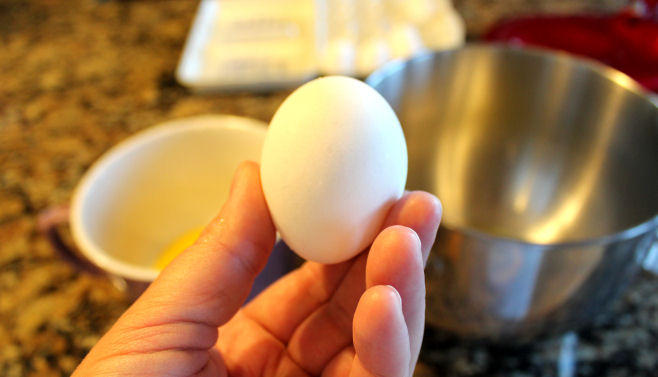 1. Grab 4 eggs. Separate the eggs, placing the whites in your stand mixer, or medium-sized mixing bowl and the yolks into a separate mixing bowl. 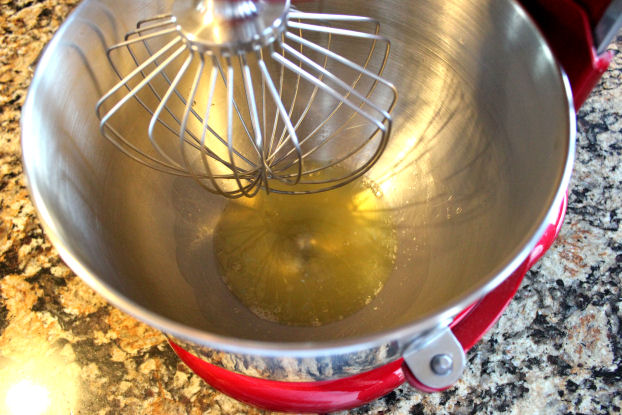 2. Whip the egg whites until they are white and fluffy and soft peaks form. 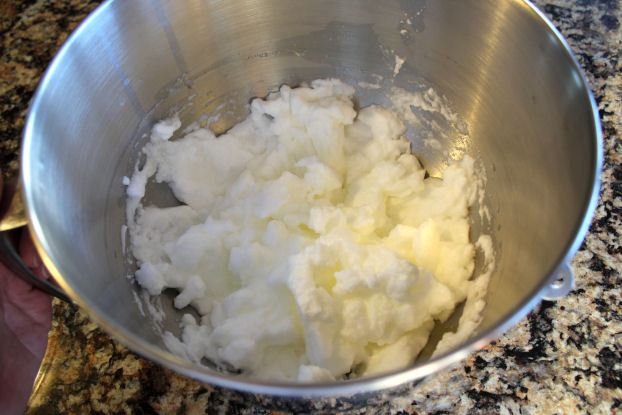 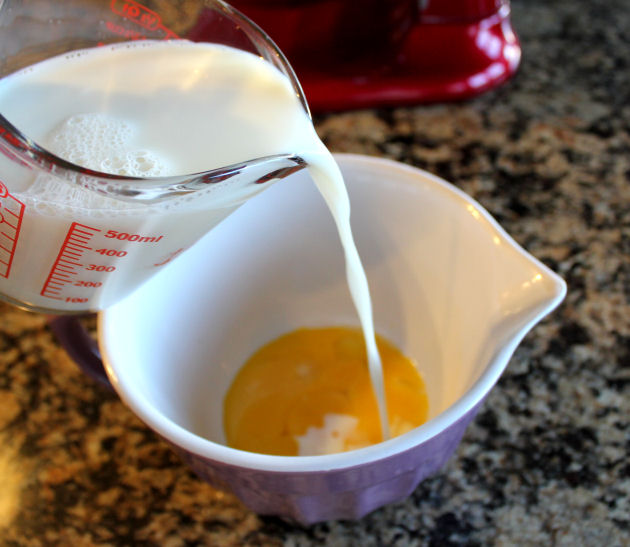 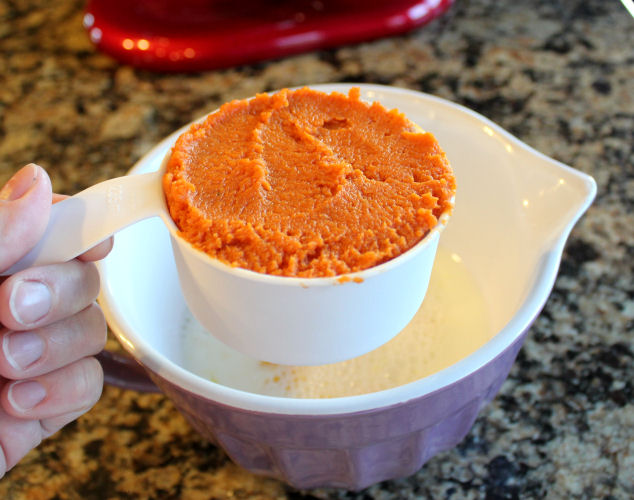 and 1 cup pumpkin puree. (Not pumpkin pie filling). Stir it well to combine. 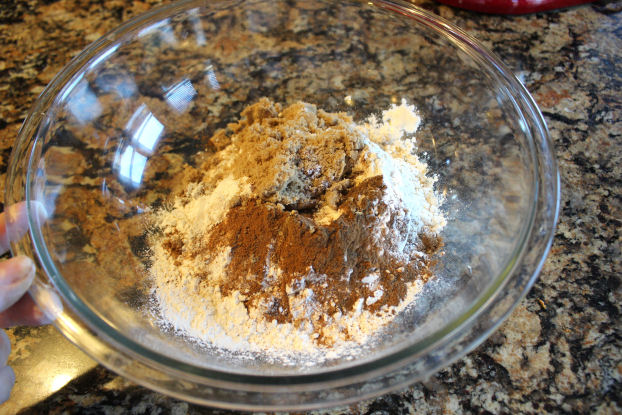 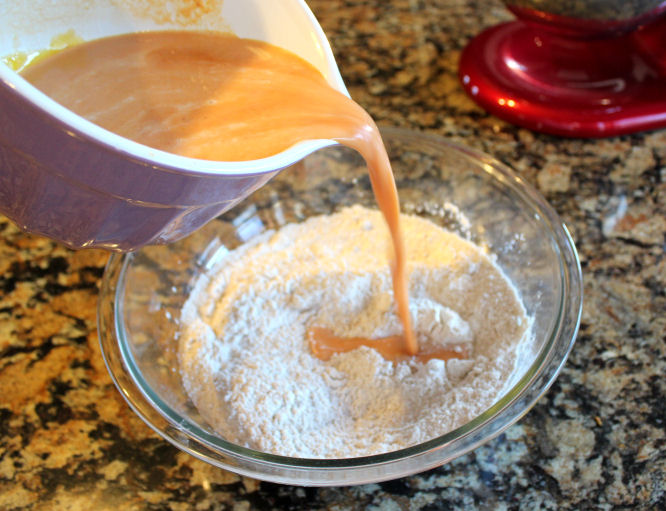 5. Pour the pumpkin mixture into the dry ingredients. Stir just until most of the flour is incorporated. 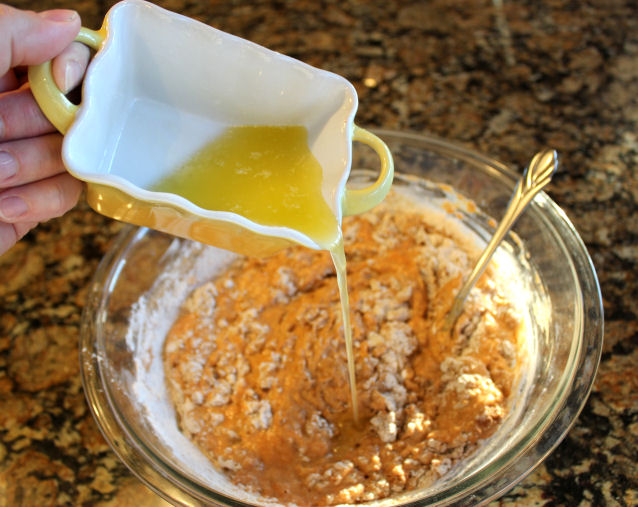 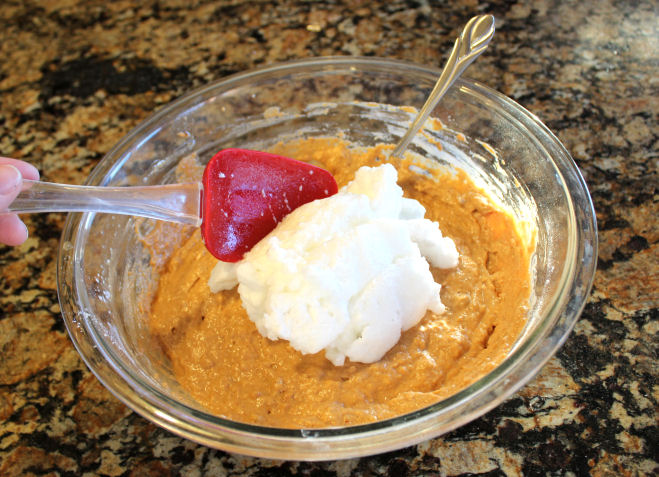 7. Add about half of the fluffy egg whites, gently folding them in. Add the second half and fold these in as well. 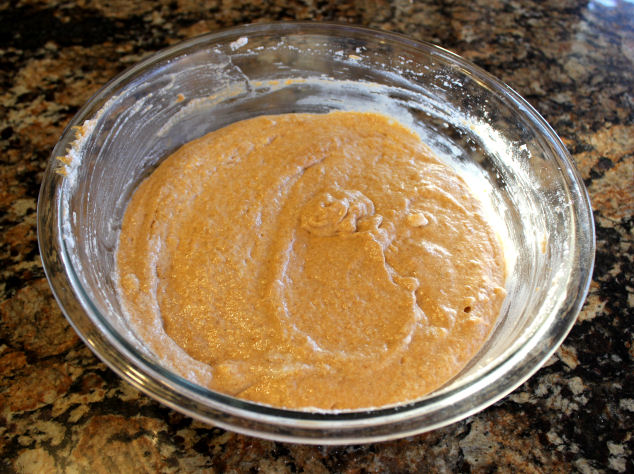 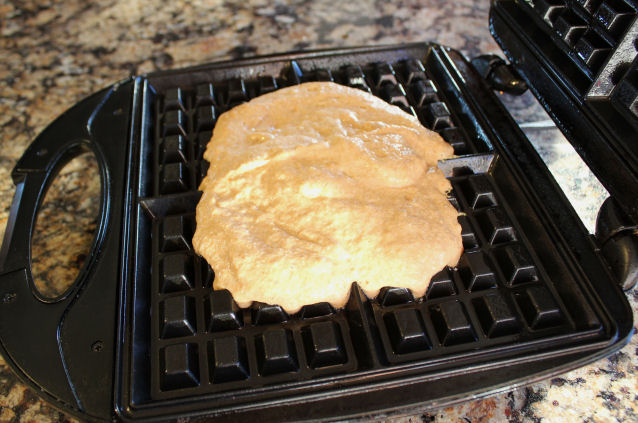 8. Heat up your waffle iron, spray it with cooking spray and scoop about 1/2 cup of batter into the center. Cook according to your manufactures instructions, and until golden brown. 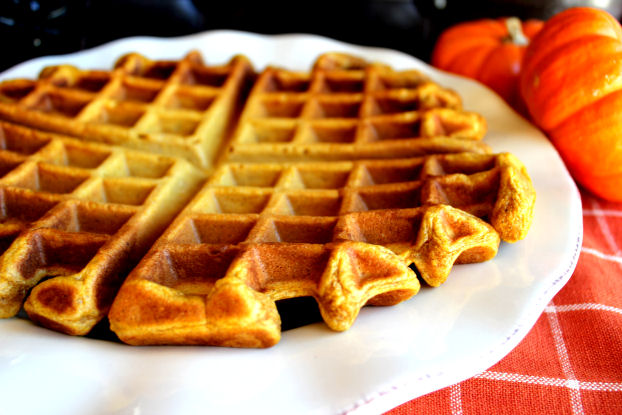