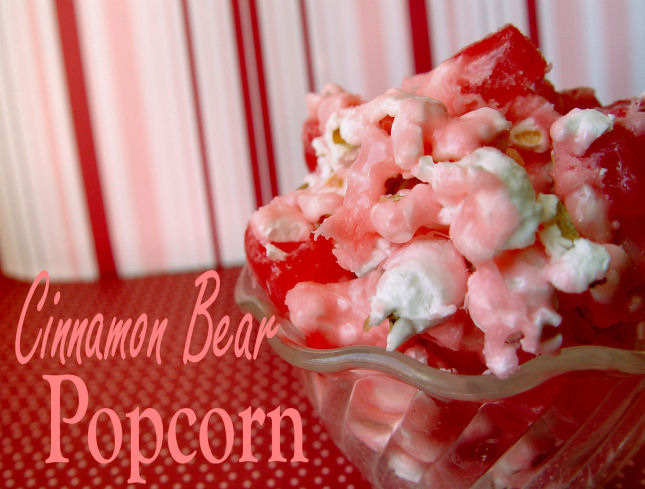 0Shares
0 0 0 0
TweetPocket
Boy, do I have a great recipe for you today!
Several years ago my friend Katherine
(We’re talking about Katherine passer-on-er of the  Hawaiian Pineapple Chicken recipe)
brought this yummy Cinnamon Bear Popcorn to my house.
It is good.
Really good.
If you like gooey sweet,
cinnamon spiked treats you are going
to
call
this popcorn…..
The Bomb Dot Com.
And I’m not even whistlin’ Dixie. 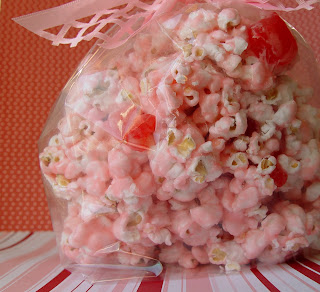 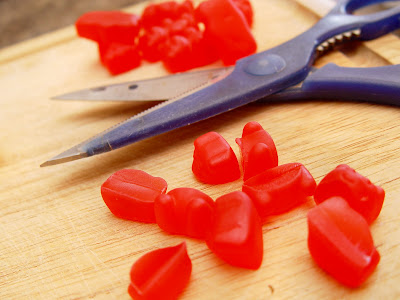 2. Snip your cinnamon bears up with a pair of kitchen scissors.
Have I mentioned before how handy scissors are in the kitchen? They make projects go so much faster. I’m not against knifes or anything. Wouldn’t want to get on the bad side of a knife at all, actually. Just saying that kitchen scissors are a great way to speed up the cutting process. They too, are The Bomb Dot Com.
Amen. 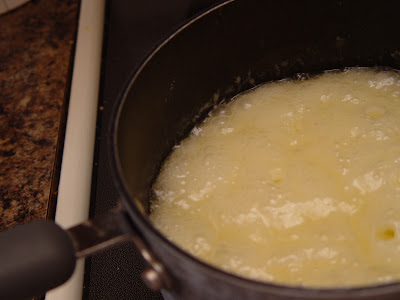 3. In a medium sized sauce pan combine the butter, corn syrup and sugar. Heat it over medium to a boil. Reduce heat to low and cook for 5 minutes. 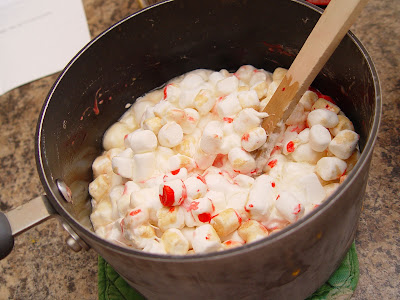 4. Remove it from the heat and add your vanilla, marshmallows and red food coloring. 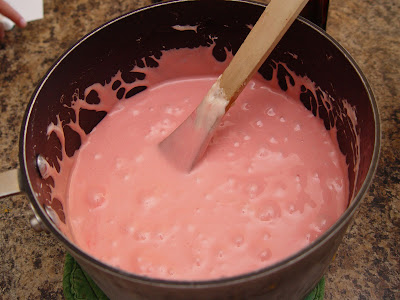 5. Isn’t that a fun pretty color! You could of course add more food coloring for a darker pink.  Mix it all around to get everything  melted in and combined. 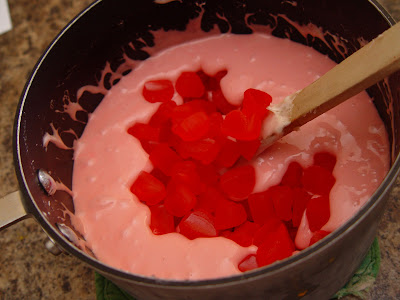 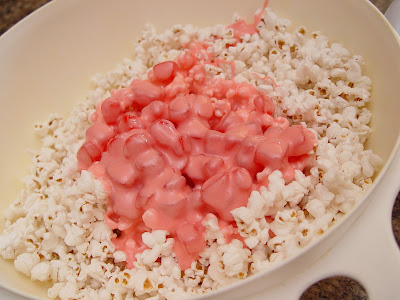 6. Add the mixture to your popped popcorn. Stir it all around until well combined. 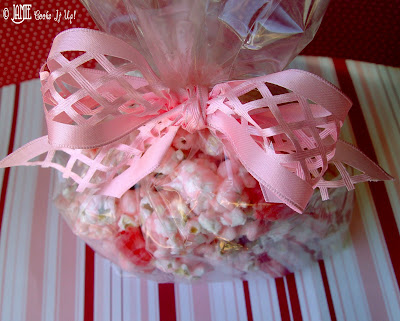 Makes a pretty little gift!
Just in case you have someone
you would like to give
something to this time of year…
Just.
In.
Case.
PS…if you want to eat it all yourself, I won’t tell anyone.
You would still be The Bomb Dot Com in my book.